Wow its been nearly 2 weeks since I posted anything and would you believe today I'm not showing a card but telling you about the fun day I had. I know I don't usually chat about what I'm up to but I was so excited today to go and watch Trinny and Susannah do a show at Carousel. I even got their autographs and a photo with them. it was a great show with them making over about 6 ladies who needed to change their look. I took note of one of the outfits and later while walking past Katie's found the little cardigan that I had liked and while in the shop also found the dress that they had suggested for this one lady. I had to try it on and even though its nothing like what I would normally wear I actually bought it and the little crocheted cardigan. I don't fit the dress quite perfectly yet but with a kilo or so more and a new bra it will look great. I am keeping it for a special occasion.
here are some photos I took. I was way up the back of the crowd but with a zoom and holding the camera above my head I got some good pictures. Then later they signed autographs and I got a pic with them. the one that Trinny took of us wasn't very flattering for either of us so I'll leave that one out.
Well its getting late so I had better finish for tonight and try to get back to show you some cards in the next day or so. Im not the best blogger but at least I put something on every now and then. 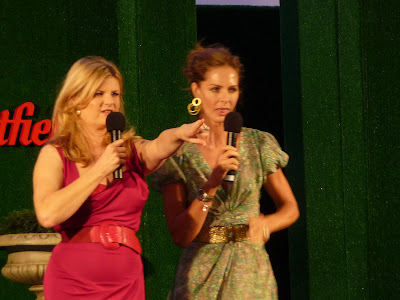 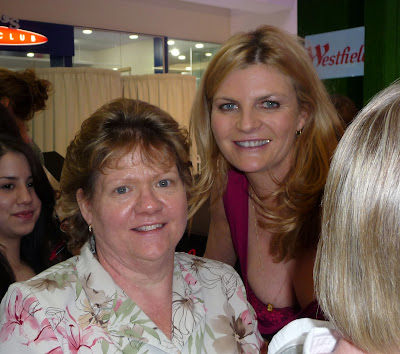 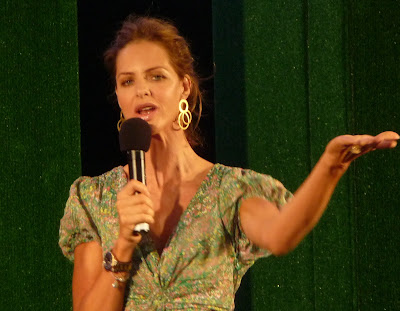 Email ThisBlogThis!Share to TwitterShare to FacebookShare to Pinterest
Labels: Family

Hi very sexy and Beautiful Trinny and Susannah thank you i am such a Big fan of Them. Keep your Curves Ladies thank you and best wishes

hello and welcome to my blog.  I am taking part in another blog hop and you may have come from the talented Bec"s Blog  . If you a... 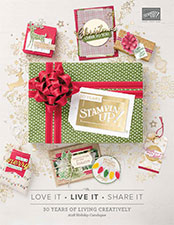 Andrea
Denmark, Western Australia, Australia
I am married to a wonderful man, Graham, and have 2 adult children, David and Emily. Also I have a lovely step daughter Critishia who is married to Michael. I have been part of the Stampin' Up! family since 2006 and have loved making cards and teaching others to enjoy being creative as well.

All stamped images copyright © Stampin' Up!® 1990-2012(unless otherwise stated.) This is my personal blog, the content is my sole responsibility as an independent Stampin' Up!® demonstrator and the use of and content of the classes, services, or products offered here is not endorsed by Stampin' Up!®